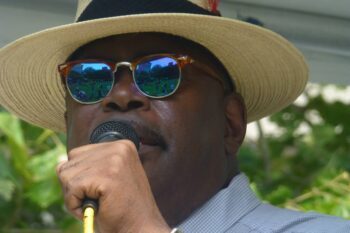 While the scorching summer heat may have some local residents singing the blues, local disc jockey and musician “Silky” Ray Macklin believes this a great time to be a music lover in Marion.

“There’s very strong support for the blues in Marion,” Macklin said. The DJ with TruBlues Radio 97.5 FM is excited for the annual Blues & Barbeque Festival on August 21 at Buckeye Collision at the crossroads of State Routes 23 and 309.

“Where else would you have it but at a crossroads?” Macklin laughed.

This annual event includes local and regional artists as well as delicious food. Willie Phoenix, a Marion native and notable musician playing the blues, rock, and fusion, will perform. Macklin is excited to bring 3,000 people to Marion to see what it offers.

“We were tired of hearing negativity about Marion. We want people to speak up about all the good things of Marion,” Macklin said. “Marion is growing. Property values are going up. We have good schools, industry, and small businesses.”

Love and a job brought Macklin to Marion in 1980. Macklin found Marion to be a great place to raise children. Two of his children graduated from Harding High School. His youngest currently attends Harding.

“Kids can still be kids in Marion. We have baseball, Little League, football, track, and swimming. Music is a big part of Marion. At one time, we had one of the greatest drum and bugle corps ever,” Macklin said. “That’s one of the things this station is doing is to put our dollars back into the community: to help kids get instruments and lessons.”

Proceeds from the Blues & BBQ Festival go to Marion Makes Music, a nonprofit that provides local children with music classes, guitars, and other instruments.

“I find strong support in Marion for the blues, the station, and what we’re trying to do. The blues is for everybody. Anybody can have the blues, from a newborn baby to an octogenarian,” Macklin said. 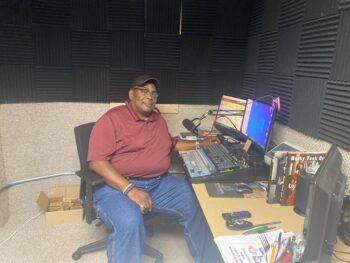 “This is the only blues station in Ohio. That’s something that Marion should be proud of,” Macklin said. The station is broadcast over the internet to listeners around the world.

TruBlues 97.5 FM works to keep the cultural heritage of blues alive. Macklin believes music is a language that brings people together.

“I’m a big fan of Ray Charles. One of his greatest selling albums of all time was a country album,” Macklin recalled.  “You have musicians who love Johnny Cash and Prince. Music is more of a melting pot than what we realize.”

Macklin performed at the Marion Black Joy Summerfest in June.

“It was a wonderful step for Marion. But just because it was at Martin Luther King Jr. Park, some people thought it was only for black people. It was for everybody. I like to see people come together. Diversity is key to life,” Macklin said.

Macklin encourages our community to support local people and businesses.

“Marion has the west side, the east end, the north end, and the south end. We should all come together and say: we are Marion,” Macklin declared.